Have you tried Avalanche Bark yet? In case you’re not familiar with it, Avalanche Bark is a concoction that comes to us courtesy of the tasty and wonderful Rocky Mountain Chocolate Factory. A year or so ago, I stumbled upon a recipe for it on one of my favorite baking blogs, and I’ve been making my version of it ever since.

The best way to describe this creation is a jacked-up Rice Krispies treat. If you like those, you’re pretty much guaranteed to love Avalanche Bark. And the recipe itself couldn’t be easier. The only problem is that I sometimes have trouble cutting these into nicely formed squares – which is why I decided to improvise when my last batch came apart on me a lot during the portioning process. So half of my Avalanche Bark became Avalanche Balls. And you know what? That really didn’t end up being a problem. 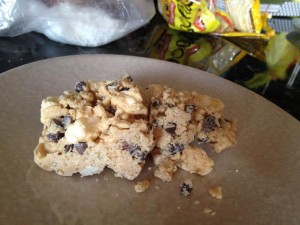 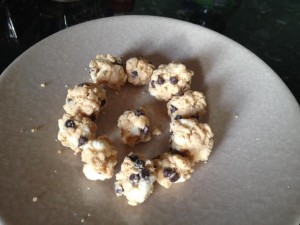 And here’s the bite-sized ball version. Part of me almost likes these better. Maybe I’ll make them this way on purpose the next time around.